Skip to content
JUMPSTART YOUR 2022 - FREE SHIPPING ON ALL ORDERS
Access Denied
IMPORTANT! If you’re a store owner, please make sure you have Customer accounts enabled in your Store Admin, as you have customer based locks set up with EasyLockdown app. Enable Customer Accounts 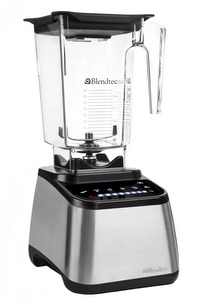 The Blendtec Designer Series and Total Blender Classic are made for use only in the US and Canada. I have a good friend who purchased a Blendtec Total Blender Classic several months ago. He loves it and wanted to take it with him when he moved to England so that he could continue to enjoy perfectly blended green smoothies, nut butters, and milk shakes. He asked me if he'd have any problems using his blender in England. Unfortunately, like a lot of other appliances, blenders that are built for the US market won’t work in many other countries around the world, including England. This is primarily due to differences in the power transmission systems. Power systems used around the world can be lumped into two broad categories: 120-volt and 240-volt systems. In addition to the different voltages, countries often differ in power frequency (50–60 hertz, this usually doesn't affect our blenders) and the type of plugs needed for the wall socket (there are at least 13 different types of plugs used around the world!). 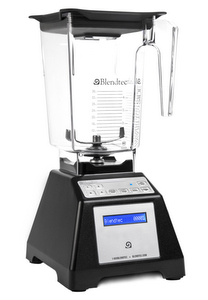 The Blendtec HP3A is made for use in countries outside the US and Canada.[/caption] The motors that we use in our blenders are designed to operate at specific voltages. So, a blender built for the US market has a motor that operates correctly only when powered with 120 volts. A blender that will be used in England needs a motor that operates correctly at 240 volts, as well as a plug that fits into the electrical outlets in the country. Without replacing the motor and plug, a blender built for the US market will not function correctly in England. And, any changes made to adapt the blender to a different power transmission system will void the warranty. Various devices can convert voltage and electricity currents. For example, transformers can convert 240 volts to 120 volts and power inverters can convert 12-volt direct current (DC) to 120-volt alternating current (AC). Though these devices can be used safely with low-power appliances, the devices usually can't provide the power Blendtec blenders require or the waveforms necessary for our blender electronics to function correctly. We don't recommend using these devices with our blenders; doing so will void the warranty. 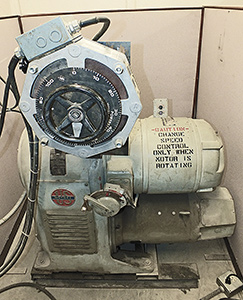 We use ol' Bertha here to provide different voltages as we test various motors.[/caption] So, while my friend’s blender works great in the US, it won’t work for him in England. The good news is that we currently ship blenders to nearly 90 countries worldwide (including England), so he is covered. Wherever you are, we probably have a blender that will work in your location!