Skip to content
JUMPSTART YOUR 2022 - FREE SHIPPING ON ALL ORDERS

The wonderful thing about fiction is that it allows us to experience things in our imagination that we’d never be able to encounter in real life. Unfortunately, when it comes to fictional foods, imagination just doesn’t always cut it. Still, we can’t help but wonder what it would be like to fill our stomachs with some of those impossibly fantastic dishes that we’ve seen in movies, television, and literature.

Well, it looks like we’re in luck, because after scouring the internet for recipes (and even coming up with a few of our own), we’ve managed to gather together this list of instructions on how to make seven of the most delicious fictional foods of all time. From Calvin and Hobbes' Chocolate Frosted Sugar Bombs to Charlie and the Chocolate Factory's Fizzy Lifting Drinks, these recipes are sure to bring your favorite fictional foods to life. 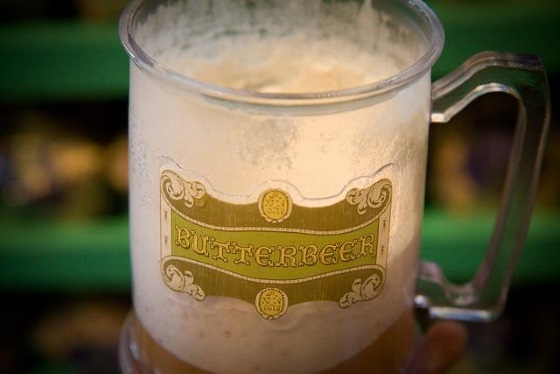 The creamy, butterscotch-flavored, and possibly slightly-alcoholic favorite beverage of Hogwarts students, butterbeer was first introduced in the novel Harry Potter and the Prisoner of Azkaban. Fans were so intrigued by the drink that they immediately began creating their own recipes.

This one, perfected by Toni at Designdazzle.com, doesn’t even require a stove to get things going. And, it’s basically alcohol-free, so don’t worry about the anyone getting up to no-good while under the influence. 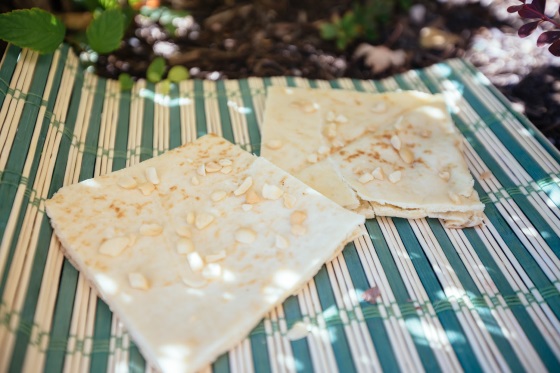 If you’re going to be simply walking into Mordor (Boromir’s admonition not withstanding), you’re going to want a food that’s easy to pack, as well as being nutritious and filling. Elven lembas bread manages to hit all of these points, while still being pleasant to the taste buds. This version, courtesy of Cassandra at Geekychef.com, may not have the almost-mystical properties of the food described in the The Lord of the Rings, but at least it’s just as tasty. 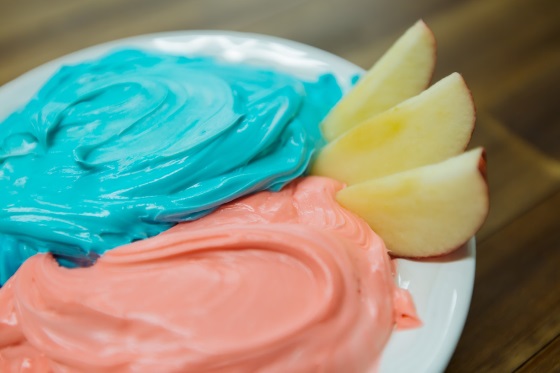 The movie Hook depicts a grown-up Peter Pan returning to Neverland to engage his nemesis Captain Hook. While he’s there, he encounters his former comrades, the “Lost Boys,” who have a unique way of eating. See, all of their food is totally imaginary.

Once Peter relearns how to act like his old self, however, the food materializes… and it basically looks like rainbow-colored frosting. So, we’ve come up with a really basic method of how to make your own. This frosting is great for dipping pretzels or fruit, or can be spread onto cakes or cookies.

Ingredients (this will create about 3 cups of frosting) 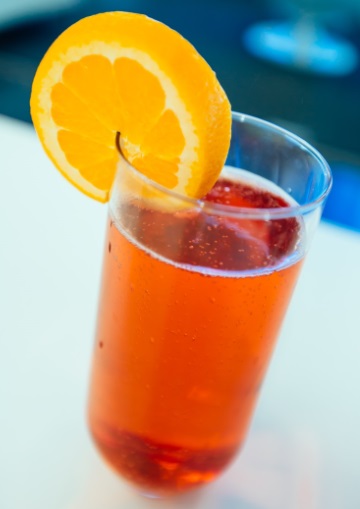 The drink that almost cost Charlie his prize, Fizzy Lifting drinks are beverages that supposedly have enough carbonation to actually lift a person off of the ground and make them float (until they burp the carbonation out, or course). This version, created by Heather at Girlichef.com, probably won’t let you defy gravity, but it is delightfully fizzy, and it tastes amazing.

5. Pan-Galactic Gargle Blaster (The Hitchhiker's Guide to the Galaxy) 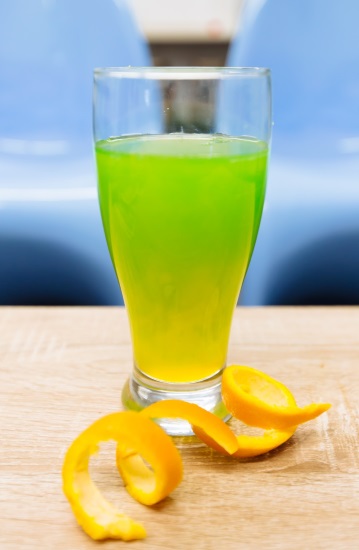 If “having your brains smashed out with a slice of lemon, wrapped around a large gold brick” sounds like your idea of a good time, then there’s no better cocktail than the Pan-Galactic Gargle Blaster. Described in The Hitch-Hiker’s Guide to the Galaxy as “the best drink in existence,” this particular beverage is the favorite of Ex-Galactic President Zaphod Beeblebrox.

The version detailed here, created by the good people at Drinksmixer.com, uses only terrestrial ingredients, yet manages to be about as out-of-this-world intoxicating (which is to say, alcoholic) as the one enjoyed on the spaceship Heart of Gold, so make sure to only serve it to adults. Oh, and did we mention that the concoction also glows under black light? It’s just the drink for a really hoopy frood. 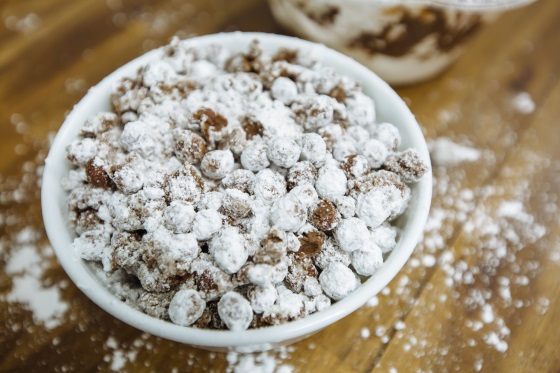 Who can forget the high-octane fuel that gives Calvin his boundless energy? Chocolate Frosted Sugar Bombs are supposed to be one of the most overly sugar-filled, disgustingly sweet cereals to exist in all the realms of fiction. Think of them as the energy drinks of the breakfast world. And while it’s not entirely clear exactly what the cereal itself consists of (other than the fact that it’s chocolate, frosted, and loaded with sugar), we’ve developed a recipe that we think fits all of the criteria (except for containing 100% of the daily recommended allowance of caffeine—you’re on your own for that).

Calvin describes his favorite breakfast cereal as "crunchy on the outside, chewy on the inside." While he eats several bowls each morning, we don't recommend that. There's no doubt that Chocolate Frosted Sugar Bombs lack nutrition and should be eaten in moderation.