From the beginning, Blendtec has defined the cutting edge in kitchen technology. With the recent release of our newest commercial blender, the Blendtec Stealth™, we thought we'd hold a Q&A with the lead engineer behind the project, David Throckmorton. 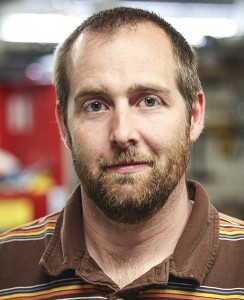 David Throckmorton is the Research and Development Manager at Blendtec.

Q: What is the Blendtec Stealth blender?

A: Simply put, the Stealth is the quietest commercial blender out there. On top of that, it’s also one of the coolest. It incorporates technology that’s never been seen before in the commercial blending industry. I believe it’s the most advanced, user-friendly blender that’s ever been made.

Q: What prompted Blendtec to design the Stealth?

A: Through our research and our relationships with foodservice leaders, it became clear that noise is still a huge factor in commercial settings. We decided that it was time to break the next sound barrier, so to speak. That was the primary driver behind engineering the Stealth.

Q: What were the objectives when you started?

A: We set out to make the Stealth about three decibels quieter than existing commercial blenders. In reality, we accomplished quite a bit better than that. Other objectives included adding advanced, user-friendly controls, USB programmability, and a sleek aesthetic.

Q: What were some of the hurdles you had to overcome?

A: We engineered the Stealth from the ground up, so we conceived and tested each advancement at every level. We spent a lot of time developing our propriety suspended motor design. We also continually calibrated the Stealth’s capacitive touch surface to get it just right for the commercial user. 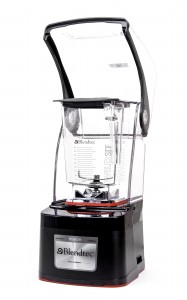 Q: What sets the Stealth apart from other blenders?

A: Aside from the fact that the Stealth is way quieter than any other commercial blender, the Stealth is the only one to feature a capacitive touch surface. It's quite intuitive—the user can perform complex operations with little or no training. The touch surface provides quick access to customized blend cycles and also features a manual speed slider for precise motor control. Additionally, the touch surface is illuminated, making it ideal for low-light environments. Another significant feature of the Stealth is its USB port, which makes customized programming a breeze.

Q: Why did you give the Stealth a USB port?

A: We program all our blenders with popular cycles that are perfect for many recipes. But our extensive experience working in the commercial industry has shown that there’s no single blend cycle that fits every need and some customers want to customize their blend cycles. Stealth owners can hop online, use our Blend Wizard app to create their own blend cycles, and then download the cycles to a USB device. Then, simply plug the USB into the blender and upload the new programming. This feature is getting a lot of positive feedback—especially from large franchises that need to deploy custom menus quickly and accurately.

David Throckmorton is a research and development manager at Blendtec. He graduated from Utah Valley University with a degree in physics in 1996.

Note: If you happen to attend the National Restaurant Association Show on May 18–21 at McCormick Place in Chicago, stop by the Blendtec booth (#2057) to see the Stealth in action. The Stealth blender was selected for the prestigious 2013 Kitchen Innovations Award.