One of the great perks of working with a great company that produces the "world's most advanced blender" is that we get to partner with great companies and even some of the most elite athletes!  Last month Blendtec announced a partnership as the Official Blender of the Gatorade Fuel Bar, and just this week NFL UP featured Denver Broncos All-Pro Von Miller getting his smoothie on at the team's Gatorade Fuel Bar using Blendtec blenders! 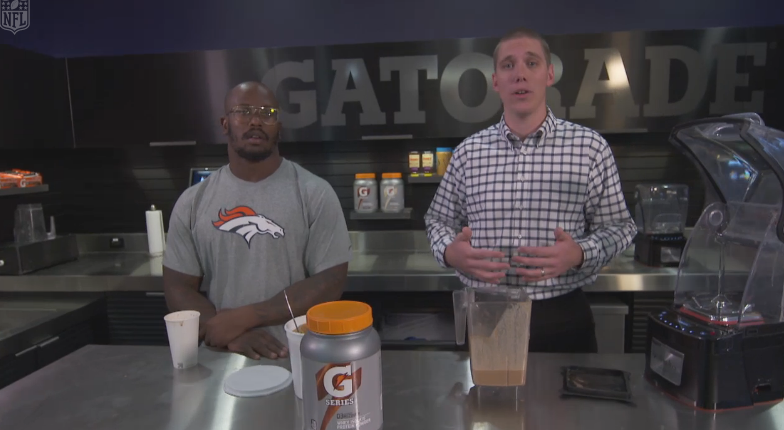 The Blendtec Stealth blender, being deployed in the Fuel Bars, is the world’s quietest and most advanced commercial blender, with the ability to make 20 smoothies per machine in 10 minutes courtesy of automated blend cycles, a Blendtec WildSide+ jar that can fit two large smoothies simultaneously, and an industrial-strength 15-amp, 1875-watt, 3.8 peak horsepower motor.